There are thousands of books about the ocean out there but we’ve assembled a few of our favorites. These books are a mix of fiction, memoir, and non-fiction that all pay tribute to the beauty, mystery, and power of the oceans to capture our imaginations and fascination.

In no particular order:

1) Log From the Sea of Cortez by John Steinbeck

A stirring tale of travel and discovery, this John Steinbeck novel is considered his best non-fiction work. Detailing a research expedition the author took with a biologist friend in the Gulf of California, this book tells stories of broken motors, rare specimens, and friendship as Steinbeck and his friend, marine biologist Ed Ricketts, travel the length of the Gulf of California. 2) The Old Man and the Sea by Ernest Hemingway

One of Hemingway’s most iconic stories, The Old Man and the Sea tells a timeless tale of personal triumph after devastating loss. Earning Hemingway a Nobel Prize in Literature, this slim novel stands the test of time as a classic of ocean literature. 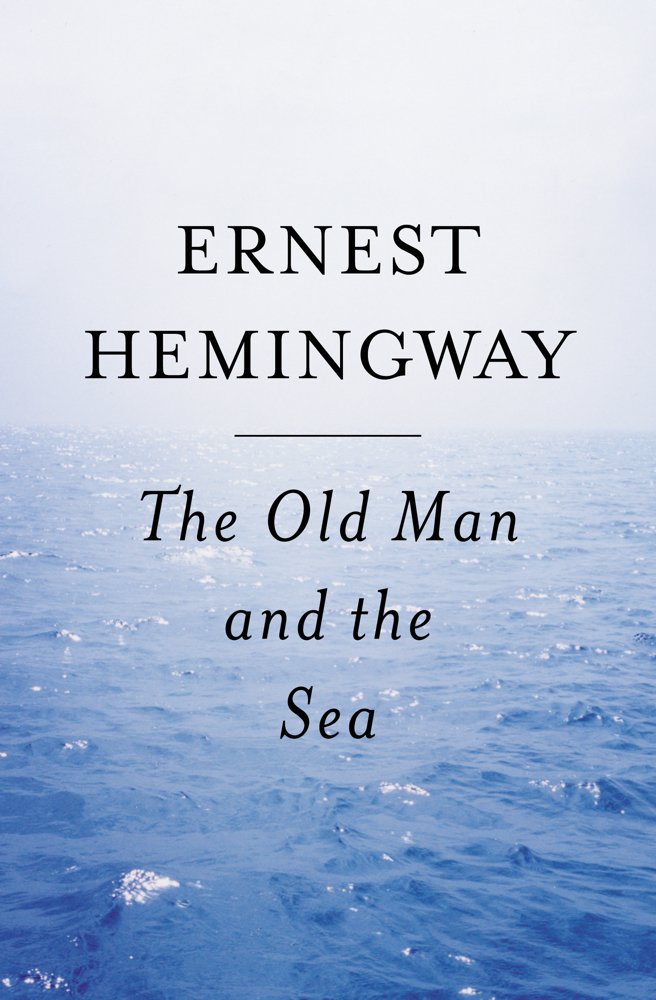 3) The Sea Around Us by Rachel Carson

Before she was famous for bringing the world’s attention to DTT in the 1960s, Rachel Carson was the authority on ocean literature. The Sea Around Us smashed records when it was published and earned Carson recognition in many science and literary circles. Focusing on the geologic and biological processes that make the oceans so mysterious and awe-inspiring, this book combines scientific facts with lyricism to take you on a journey through the geologic history of the Earth and the darkest depths of the seas. 4) The Voyage of the Beagle by Charles Darwin

Detailing the legendary voyage that birthed the theory of evolution, this journal-turned-memoir takes you inside the mind of Charles Darwin during his long voyage around the Galapagos. Documenting day-to-day activities alongside ground-breaking natural history discoveries, this book shines a new light on the “Father of evolution” and his journey across the sea. 5) Song for the Blue Ocean by Carl Safina

In the spirit of Rachel Carson, Carl Safina’s book takes the reader on a lyrical journey through the oceans from the coasts to the deep abyss. He explores the ocean through the lens of his personal experiences to reveal the beauty, mystery, and political discourse surrounding the oceans of our world. 6) The Silent World by Jacques Cousteau

Jacques Cousteau is best known as the inventor of SCUBA diving, but his books take you into the world he unlocked below the surface, swimming alone among fishes and enormous rocks. A memoir unlike any other, The Silent World will transport you to the bottom of the ocean to explore the unknown. This one hardly needs an introduction. Often referred to as “the greatest book of the sea ever written,” Herman Melville’s masterpiece tells the story of a fanatical captain out for revenge against a whale. Full of mesmerizing characters and chilling descriptions of the sea, this book will leave an impression on all who read it. 8) War of the Whales: A True Story by Joshua Horwitz

One part detective thriller and one part ocean odyssey, this book combines the real-life story of Joel Reynolds and Ken Balcomb with captivating writing and top notch journalism. Joshua Horwitz explores the legal and moral saga of a military secret that threatens the lives of whales, forcing one to ask the question: where do we draw the line between national security and protecting the ocean? An ode to the extreme sport of freediving, Deep is a memoir of both dangerous underwater stunts and the strange science of the abyss. Need a reminder of human potential? Dive in. A classic that captures the imagination even today, Jules Verne’s account of life inside a submarine is celebrated as one of the best novels about the ocean. Chronicling the adventures of Captain Nemo, this novel celebrates the freedom of the ocean and the wonder of human ingenuity. Referred to as “Her Deepness”, Sylvia Earle is a world authority on the ocean and a passionate defender of the deep. Sea Change is an account of 30 years of experience studying the oceans: dives with humpback whales, exploration of the Great Barrier Reef, and heartbreaking observations of the destruction wrought by oil spills. This book will show you the ocean the way “Her Deepness” sees it: as a precious, complex system that is in great peril from the actions of mankind. 12) The Soul of an Octopus by Sy Montgomery

Sy Montgomery is a little in love with octopi. This part-memoir and part ode-to-the-octopus explores her fascination with these creatures and the amazing lives they lead. This book will show you the mind of an octopus and help you realize why these strange creatures are so incredible. 13) The Reef by Iain McCalman

Capturing over two hundred years of encounters with the Great Barrier Reef, historian Iain McCalman explores the relationship of man to this incredible natural formation. Using the personal stories of twenty individuals, McCalman takes the reader on a journey through the labyrinth of reefs, islands, and shoals that make up the imperiled World Heritage Site of the reef. Life began in the ocean and author Richard Ellis takes his readers right back to the beginning of evolution. In this encyclopedic illustrated book of ocean life, Ellis documents over three billion years of aquatic evolutionary history in all its mystery and beauty. 15) The Secret Life of Lobsters by Trevor Corson

Ever wonder about what lobsters do all day under the sea? Trevor Corson explores the biology and life cycles of lobster in the Gulf of Maine in this book. Traveling from laboratory to fishing boat to the bottom of the ocean, Corson paints an intimate portrait of lobster and the people who fish for them.