Remember this scene from Pirates of the Caribbean: The Curse of the Black Pearl?

Jack Sparrow: I know those cannons. It’s the Pearl.

Man in Jail: The Black Pearl? I’ve heard stories. She’s been preying on ships and settlements for near ten years. Never leaves any survivors.

Jack Sparrow: No survivors? Then where do the stories come from, I wonder?

Mystery has sailed the seven seas since the first sailors could cast a line. Mysterious ships, bad omens, strange circumstances, these tales have been retold for centuries. Here are a few of our favorites:

The Tale of The Caleuche 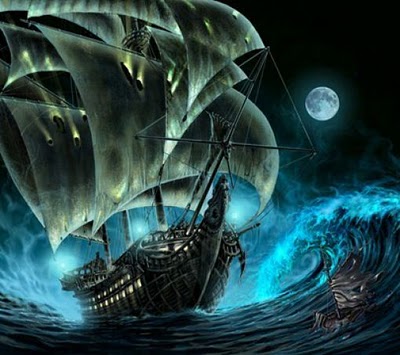 This story comes from Chilota mythology. The ghost ship Caleuche is said to be a beautiful ship that carries the souls of all who’ve drowned at sea. Every night near the island of Chiloe, three water spirits  – the Sirena Chilota, the Pincoya and the Picoy – summon the spirits and the ship appears only for a few moments, surrounded my music and laughter.

The Tale of The Octavius

In 1775, a ship named the Herald found The Octavius drifting aimlessly off the coast of Greenland. The ship’s captain was found sitting at his desk completing a log entry from 1762, and like the rest of his crew, he was frozen. 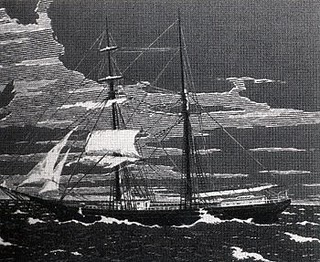 The Octavius was returning to England from the Orient through the Northwest Passage. It is believed this ghost ship and its fallen crew had been floating undisturbed for 13 years.

The Tale of The Lady Lovibond

It’s a tale of love, jealousy and rage – our favorite! According to legend, The Lady Lovibond set sail on the eve of Valentine’s Day in 1748 in celebration of the captain’s wedding.

But the captain’s friend also harbored a love for his new bride and steered the ship into the Goodwind Sands. It sank and killed everyone onboard. 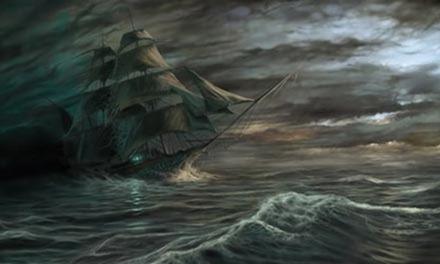 Every fifty years since, witnesses have reported seeing the ship sailing around Kent. Some boats seeing the vision assumed the ship was in distress and sent rescuers, only to find the ship had vanished.

The Tale of The Mary Celeste

The Mary Celeste was found adrift in the Atlantic Ocean in 1872. The sails were still up. All of the personal belongings of the crew were on the ship. In the cargo hold were over 1,500 alcohol barrels, unopened.

What was missing? The lifeboat, the captain’s logbook, and the entire crew. 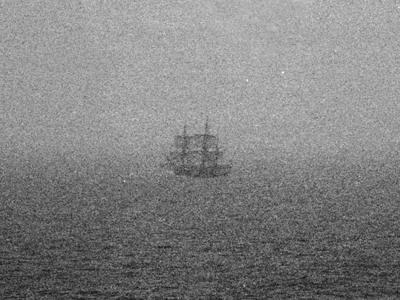 Theories of pirate attack don’t make much sense, so some assumed a mutiny, waterspout, or poisonous consumption leading to madness were to blame.

The most reasonable explanation? Probably a sudden storm. The cooler and more popular explanation? Sea monsters or alien abduction.

The Tale of The Flying Dutchman

This is likely to most well-known ghost ship in maritime folklore, and has inspired  paintings, films, books and opera.

As legend tells, Captain Ven der Decken steered his ship into bad weather near the Cape of Good Hope on a voyage to the East Indies. 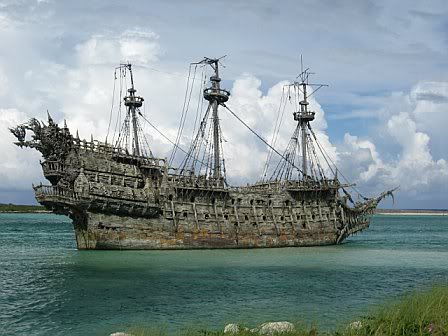 He failed, even after vowing to drift until the doomsday. That’s why legend says the ship was cursed to sail the seas for eternity.

Fisherman and sailors still continue to report sightings on this famous ship on the deep seas.